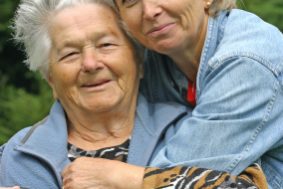 The rules also require that the facilities have at least one “therapeutic activities director” dedicated to the dementia unit to ensure meaningful and appropriate activities for residents.

The rules close a loophole that had allowed nursing homes to advertise dementia units without any specific training for their workers, specialized activities for residents, or safety measures in place, such as high fences, to prevent residents from wandering.

“These regulations have really been a labor of love for thousands of people affected by this difficult disease,” James Wessler, chief executive of the Alzheimer’s Association of Massachusetts and New Hampshire, said in a statement.

Few changes were made in the dementia care standards since they were unveiled last August by the Massachusetts Department of Public Health and finalized Wednesday by the Public Health Council, an appointed body of academics and health advocates that sets public policy.

One of the few changed provisions dealt with the height of fences required around facilities with dementia care units. The health department proposed that such facilities be required to have a 6-foot-high fence surrounding outdoors areas in order to prevent residents from wandering off and getting lost.

But some nursing home operators objected, saying that facilities in urban areas may never be able to meet the requirement for outdoor space if a fence is mandated. Others felt that such a high fence might diminish residents’ enjoyment while outdoors.

The Alzheimer’s Association urged that secure fences be required for patient safety.

As a compromise, the Public Health Council dropped the 6-foot high requirement, and instead adopted a provision that still requires a “fence or barrier to prevent injury and elopement.”

Another change was made to the care standards that would have prevented overhead paging systems in dementia care units, which are often jarring to patients.

“Several providers said overhead paging systems have been designed to operate throughout the building, and it would be too costly to shut off in this one unit,” Dr. Madeleine Biondolillo, associate public health commissioner, told the council.

As a result, the Public Health Council made the change in the final rules that will allow nursing homes to use overhead paging systems, but only in cases of emergency.

Additionally, a number of nursing home leaders had objected to a provision that requires nursing homes with dementia units to provide the specialized new training for staff within 90 days after the rules go into effect, citing concerns about the costs and the short timeline.

But the Alzheimer’s Association and other patient advocates argued that the timeframe was too long. The rules also require all licensed nursing homes, and not just those with special dementia units, to provide dementia-specific training for all direct-care workers within 180 days. This requirement includes medical directors, nurses, social workers, dietary aides, therapists, and activities staff.

Regulators said it was important to mandate the training at all facilities because roughly 60 percent of nursing home residents have some form of dementia.

The health department said the new rules would go into effect in about two weeks, after they are published in the state’s register.